So, I was approached by Baron Wilhelm, shortly after he was elevated to the Order of the Pelican to ask if I might make a scroll for him to match the scroll I made for his wife Alzbeta.

To jog your memories: 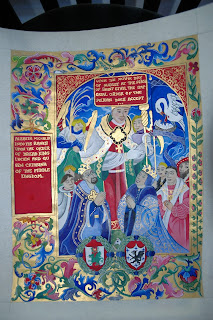 I readily agreed, having very much enjoyed the making of that scroll.  Polish scrolls are fun, and provide much in the way of hidey-holes for personalization.  Going back to the Catalogues of the Archbishops of Gniezow I searched the images for something more appropriate for my friend. 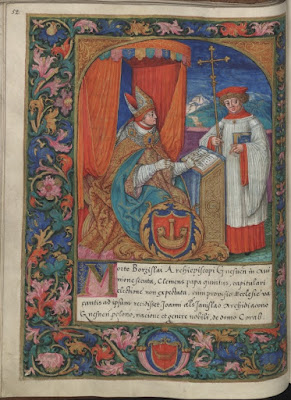 I chose this image because of the scribal nature implied in the image, as well as the seemingly behind the scenes work shown here.  There aren't crowds of people, just the 2.  I thought it would translate well to the quiet nature that I have always seen in Wilhelm. This one also had some room to scribe, in a hand that was previously unknown to me.  Those d's are just a delight to write. 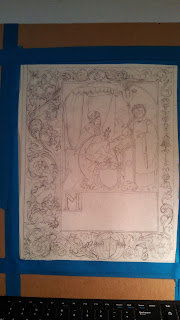 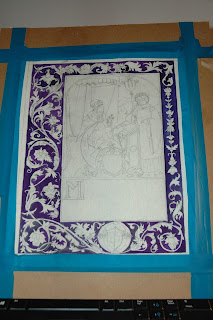 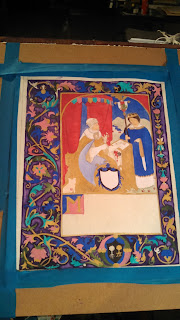 The basecoat 'my god this looks terrible without detailing' stage.  Now, even with it taped to the board, I still had terrible problems with buckling.  I am not sure why as I didn't use any more or less water than I normally do.  Perhaps ambient humidity. 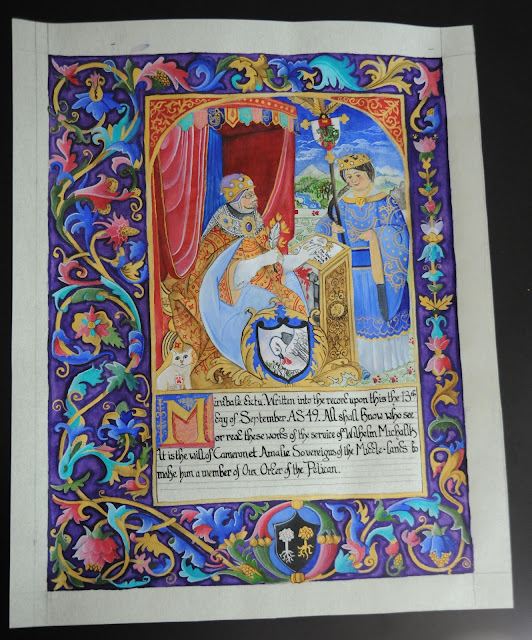 The final finished product- without signatures. 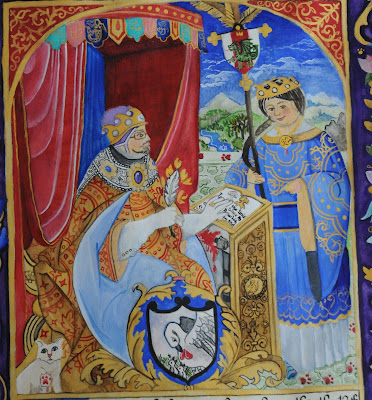 The words:
Mirabale dictu.  Written into the record upon this the 13th day of September, A.S. 49.  All shall know who see or read these words of the service of Wilhelm Michalik.  It is the will of Cameron and Amalie, Soverigns of the Middle Lands to make him a member of our Order of the Pelican. 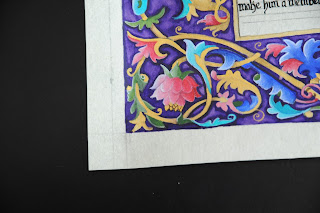 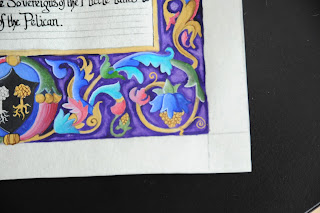 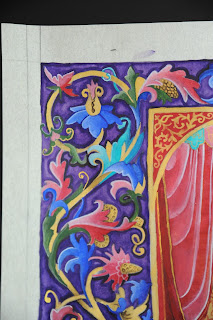 So Husband and Wife scrolls: 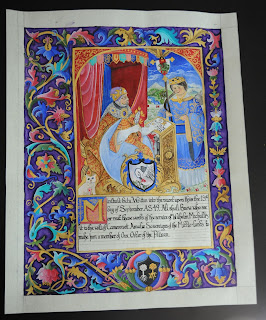 Posted by Saraswati at 12:40 AM No comments: