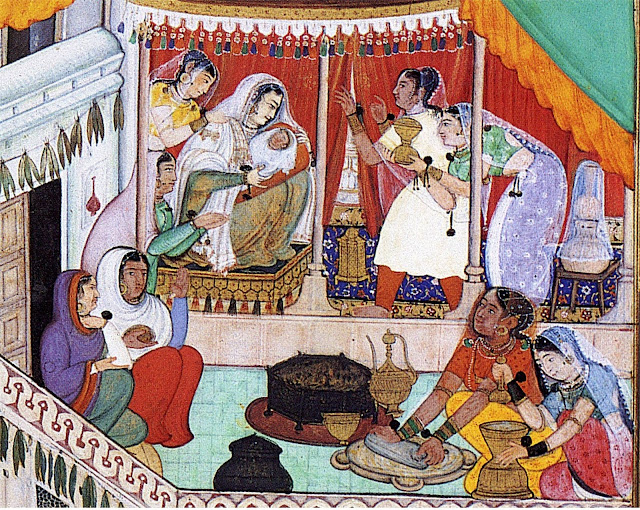 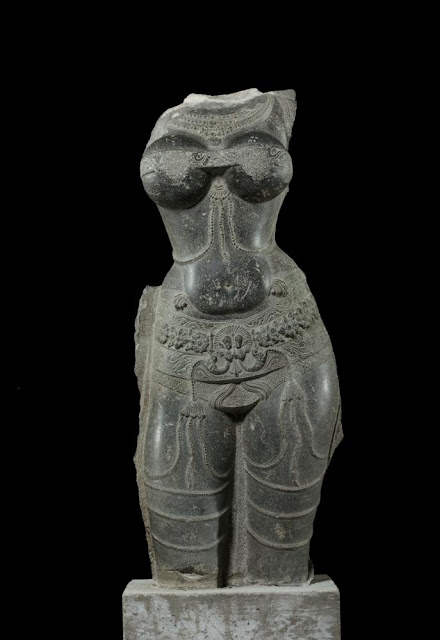 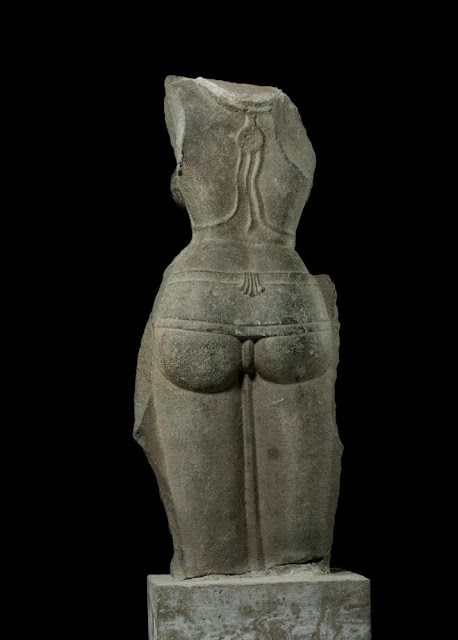 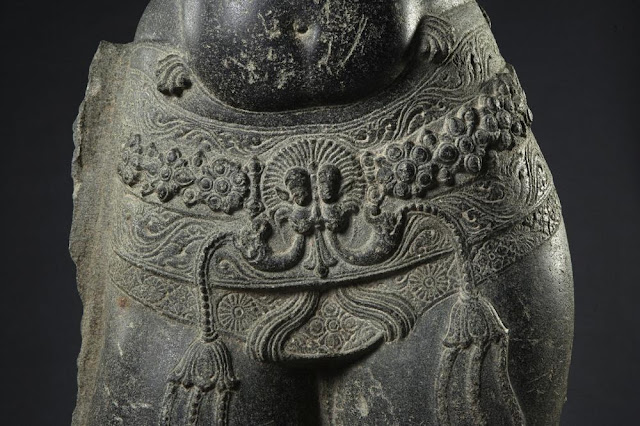 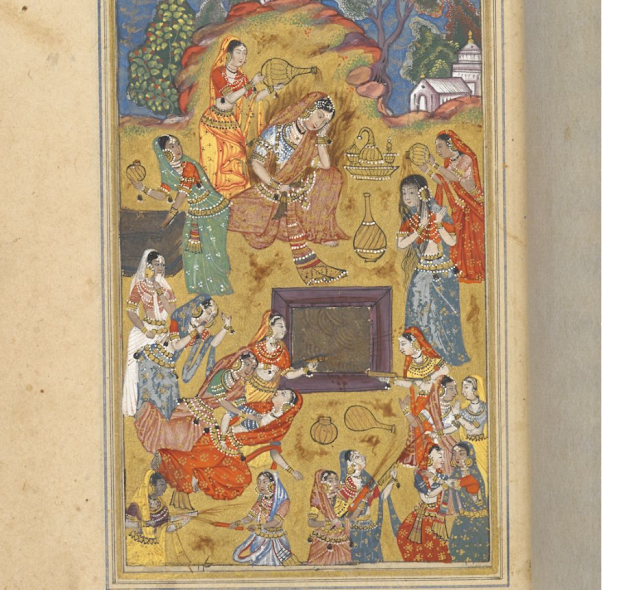 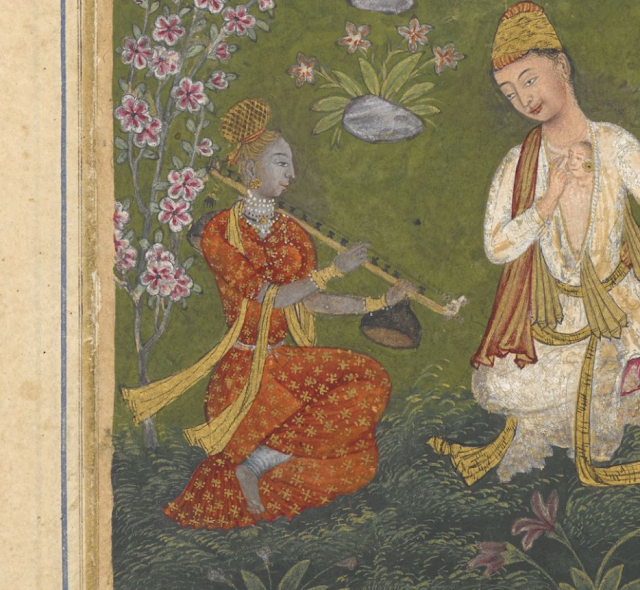 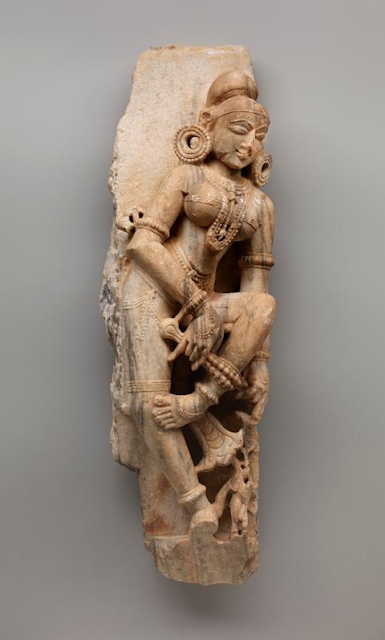 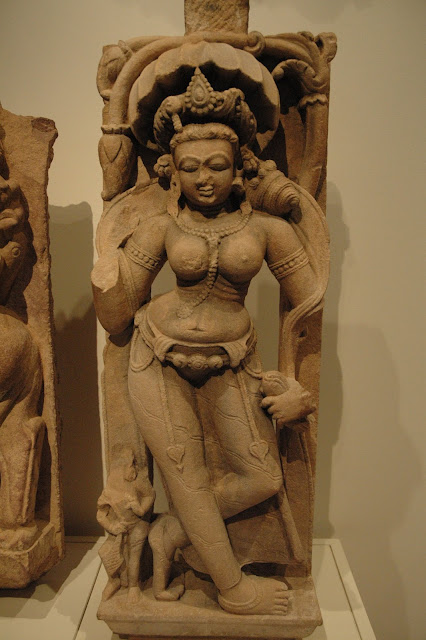 This is a celestial beauty an aspara.  A very minor diety, 8th century. I love the simplicity of her garmets and decorations.  and i wonder if she was holding a fly whisk or a fan.
Posted by Saraswati at 9:07 AM